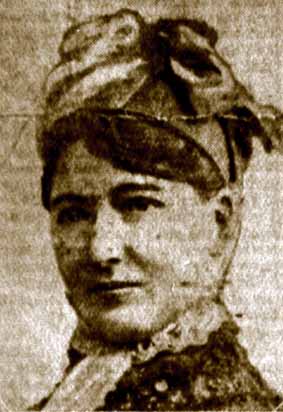 McGill returned to Ballarat in 1857 and married Eliza Rose Watt Carlington at Ballarat. They were living in Skipton St Ballarat in the 1880s.

OBITUARY - MR R. LESLIE McGILL. Mr R. Leslie McGill, a veteran of Ballarat goldfields, died on April 30 at Inverell, NSW, aged 80. He was the only son of the late Mr James H. McGill, who was one of the miners' leaders at the Eureka Stockade, and of Mrs Rosa McGill, a former principal of Berwick Girls' School, who died in 1920. Mr McGill, who was unmarried, is survived by 2 sisters-Mrs Blanche McGill Ashford (North Brighton) and Mrs Edith McAdam (England). Another sister, Mrs M. G. Neate, of Elsternwick, died in 1939.[1]

James Herbert McGill, a young Irish-American intelligence officer, who assisted the Ballarat miners in their rebellion, was condemned, after he had escaped in a woman's clothes, as a traitor to their cause. Unwilling to reveal the secret of his duty, he was misjudged except by his intimate friends. Documents in the possession of his daughter, Mrs. Blanche McGill Ashford, of East Malvern, explain why he was not there when the Eureka Stockade fell.

McGill's wife Rosa Watt McGill tried to clear her husband's name after his death. Writing to her daughter in the United States of his association with the Stockade she said - "This reads as mere romance perhaps but it is true"

McGlll's correct surname was McGillycuddy, and he belonged to the old Irish family, McGillycuddy of the Reeks which is still extant in the County of Kerry. He was born in the United States when his parents were visiting their Boston estate during a potato famine in Ireland. Later in 1848 his parents and their children settled there and became American citizens.

A military career was chosen for the McGillycuddy boys. They attended the West Point training school. When they were considered capable of undertaking serious duties their surname was reduced to McGlll, so that their origin would be less obvious. It was then that James Herbert McGillicuddy (known for the remainder of his life as James Herbert McGill) left in a sailing vessel for Australia on a secret mission.

Exactly what was his duty has never been disclosed but it is thought that he had to investigate the treatment of Americans who were very numerous on the goldfields. Many of the less successful 'forty-niners' in California had gone to Australia with renewed hopes of finding gold. At the time relations between the Victorian and United States Governments were occasionally strained.

RELATED to the famous Daniel O'Connell and a descendant of early Irish kings the ardent young McGill soon found an outlet for his romantic temperament in the city of tents at Ballarat. He became a competent miner.

The oppression from which the diggers suffered has been recognised by every commentator on the period. Edward Wilson writing in "The Argus " repeated his demands that the Government should grant them justice. The licence fee of £1 a month which every digger had to pay irrespective of the amount of gold won, was considered a form of taxation without representation, because many had no franchise.

McGill's youthful passionate idealism received a shock from the treatment of the miners. The minimum fine for having dug without a licence was £5. Half was paid to the informant, with the result that unjust convictions were frequently made on the information of corrupt police. A dishonest magistrate was dismissed eventually for breach of duty. Miners who were digging had to have their licences in their possession and it was the practice of many troopers to call up diggers several times a day from 130ft below the surface. This led to hard words and charges of assault. The payment of the licence fee was harsh enough in itself but corrupt and often cruel administration of the impost stirred discontent into rebellion. Not because he was an agent provocateur, but because of his sympathy with his fellows McGill took up the cause of the miners.

A incident which had nothing to do with the licence system heightened the spirit of revolt in the town. Three men were imprisoned for having burnt down an hotel which was owned by a notorious man who had been freed of a murder charge. After an inquiry the hotelkeeper was convicted and the magistrate who had discharged him was held by a commission to be indirectly responsible for the incendiarism. Although the three men had been in a crowd of 10,000 rioters at the time of the offence an appeal against their conviction was dismissed. A moderate Reform League protested to the Governor (Sir Charles Hotham) without success. Riots resulted and the organisation of the diggers began seriously.

On November 28 a dinner was given to the American Consul (Mr Tarleton).

Miners and Government officials were present. In the distance shouting and occasional firing of shots sounded ominously. The officials left hurriedly. McGill rushed in and whispered the stockade leaders' password. It was a Celtic word Faugh-a-bal-lagh ' meaning clear the way. The diners knew that the army was arriving.

"I propose the toast of Her Majesty the Queen" said the president of the dinner (Dr Otway). Nobody responded. After a long silence a man stood and replied - "While I and my fellow colonists claim to be and are thoroughly loyal to our sovereign lady the Queen, we do not and will not respect her men-servants, her maid- servants, her oxen nor her ASSES ".

The pelting of the police with stones and the burning of licences to thwart an inspection were signs of the coming rebellion. Peter Lalor was elected commander of the miners, and a weak stockade of timber and odd pieces of mining material was erected aiound the diggings.

McGill's Irish enthusiasm for what lie believed to be a just cause and his education fitted him for leadership. The diggers wondered that such a young man should seem experienced in military matters, but they asked few questions and gave him the task of instructing the rebels in rifle drill.

Before daylight on Sunday, December 3, 1854, 276 soldiers and troopers crept unexpectedly on the stockade, in which there were only about 200 ill-equipped defenders. McGill, like many others, was absent, and his Californian rangers had to fight without their military leader. The stockade fell. Peter Lalor, his arm shattered by a bullet, saw that defeat was imminent. Standing on a log, he shouted to his men "Get away, boys quick as you can, the stockade is taken".

Meanwhile McGill had received a message to get in touch with the American Consul, for whose safety he was partly responsible. He could not explain his mission to the other leaders, so he left for the ranges, as one historian says, "with some riflemen, ostensibly for the purpose of opposing the troops expected from Melbourne". Later he found that the stockade had been taken in his absence. Nobody had expected the attack by the authorities.

McGill dressed himself in the clothes of a woman friend and escaped to Geelong in a Cobb's coach. The disguise was successful, and his youthful appearance made him sufficiently attractive for a man to propose marriage to him, but under the protection of Victorian bashfulness he said nothing.

When he arrived in Melbourne McGill evaded the authorities by hiding in the home of some Americans. An officer of an American vessel, the Arabian, which was in port lent him some clothes and he attempted to conceal himself by living on the ship. When much of the official bitterness towards the stockaders had abated his friends negotiated with the authorities, and he was taken before Sir Charles Hotham. Aged only about 21 years, McGill appeared so young that the stern Governor was easily induced to pardon him. "You are free," said Sir Charles Hotham. "Your youth might have excused a graver offence".

The pardoning of McGill and his absence from the stockade when the attack occurred aroused the suspicion of all except those who knew him well enough to believe that he was incapable of betrayal. "I charge McGill with treason,' wrote Frederick Vern, a leader of the miners, to Peter Lalor. Lalor was not so quick to make a judgment as Vern, who is described as a boastful extravagant person. Always a friend of McGill Lalor said, "It makes my heart ache when I see how much he has been misrepresented".

McGill married three years after the rebellion. A rocking-horse was given to one of his children by some of the stockaders who believed in him. It was as large as a Shetland pony according to Mrs Blanche McGill. She remembers that it was named Faugh-a-bal- lagh, after the password which was uttered in such dramatic circumstances. Like many others who had rebelled, McGill became a pioneer of the city of Ballarat, where he was an early member of the Stock Exchange. Suffering from tuberculosis he died in 1883.

Although the stockade became only a memory, McGill s wife, Rosa Watt McGill, resented the unjust accounts of her husband's activities which were occasionally published. "He had no faculty for conserving his own interests or advantages" she wrote to John Lynch, another famous leader, in 1899. 'Those who could do so and were less deserving, now get undue prominence. And so the difficulty of producing truth in history repeats itself " Lynch replied, expressing agreement with her.

In her letter Rosa Watt McGill shows the same romantic spirit that was characteristic of her husband. "My children are happily married and settled away from me," she writes. "The life of the past is too intense to be forgotten". [2]

Amongst those present at Eureka yesterday afternoon were Mrs Magill, widow of the American who drilled the miners, and her daughter, Mrs F. Penhalluriack, mother of ex- Cr Penhalluriack, who was born on Yuille’s run 75 years ago, and who claims to have been the first woman born in Ballarat.[3]