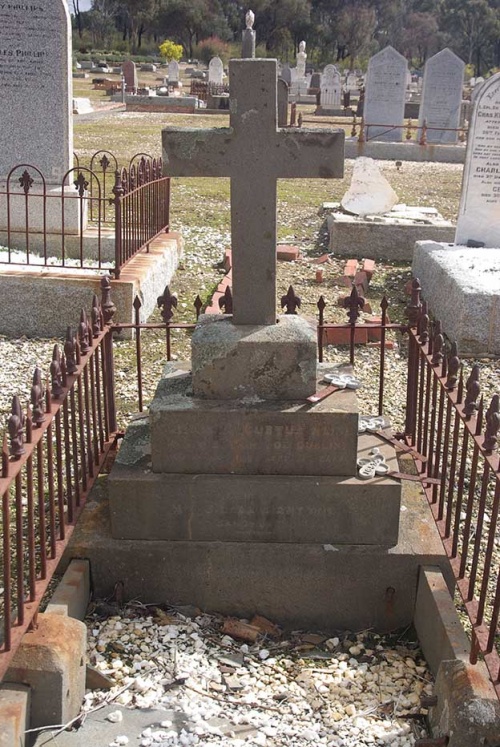 William Augustus Heise was a doctor at Ballarat. He was born on 8 April 1814, the son of Dr Carl David Heinrich Heise and Catherine Staulder. William Heise trained at Trinity College, Dublin. He married Ellen Eliza Homes at Exeter, Devon, England. He became an Assistant Surgeon with the Army Medical Staff on 18 October 1839. In 1853 he took up an appointment as the government's District Surgeon and Coroner for Ballarat. Dr Heise died on 19 May 1885 at View Point, Bendigo. He was buried at Bendigo Cemetery.[1]

Address to Dr Heise.—The president stated that it had been decided by a previous committee meeting to present an address to Dr Heise, on the occasion of his nevering his connection with the .institution. As Dr Heise had been connected with the Hospital in an honorary character as senior physician for many years, the committee were of opinion that it was desirable to present him with a souvenir which would remind him of the many useful and happy days he had spent in the noble work of assisting suffering hu manity. They sincerely regretted that the doctor was leaving_ them,- and it afforded him (the president) pleasure in. handing to Dr Heise the illuminated address containing the unanimous sentiments of every member of the committee. The following is a copy of the address:— To William A. Heise, Esq., M.D. Dear Sir, Upon the occasion of your retirement from the position of senior honorary physician to the Balla rat District Hospital (with which institution you have oeen associated for the past fourteen years), we desire to express our sincere regret at your withdrawal from a charity that has so largely benefited by your pro fessional skill, together with an unremitting at tendance to your honorary duties, and unvarying kindness to those with whom you have been brought in contact. The committee and medi cal staff gladly avail themselves of the op portumty of placing these sentiments on record feeling assured you will be gratified at this memento of your connection with the District Hospital. With every wish for the welfare and happiness of yourself and family, we remain, dear sir” (here follow the signatures of the president, vice-presidents,, the names of the committee, honorary surgeons,- physicians, &c.). Dr Heise briefly thanked the committee ter the address, and wished the Hospital every success, adding that it was not his intention to sever his connection with the district in his professional capacity. Notice of Motion.[2]