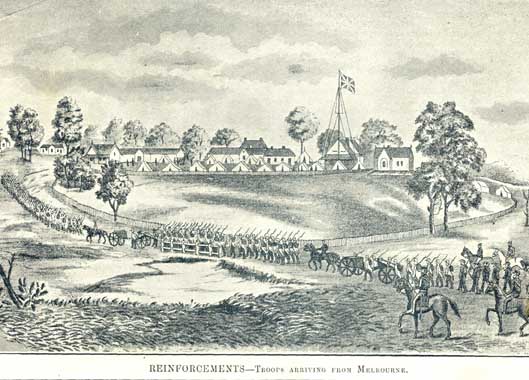 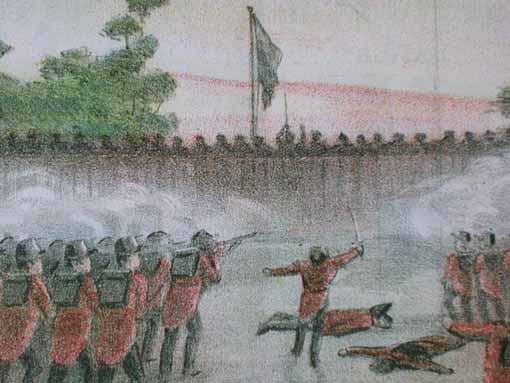 Private John Birch (#3311) in the 12th Regiment on board the Camperdown in 1854. Formerly a painter from Herefordshire, England, he was in a small detachment posted to Castlemaine early in 1855. In September 1855 he was arrested and charged with ‘robbery in company’, after he and two women had forcibly stolen a watch and chain and several pound notes from a miner named Aaron Garlick at a sly-grog tent at Barkers Creek. John Birch was found guilty and sentenced to 18 months hard labour on the roads, with the women receiving three months in Castlemaine gaol. Muster rolls for the 12th Regiment show that he was ‘in custody of civil power’ during 1856, but he must eventually have returned to duty, as he was posted to New Zealand in 1860, along with Private James Birch (brother of John Hall Birch), and seems to have been just as big a troublemaker.[1]

There were several ‘John Birch’s’ around the mid 1850s who left records. There were two John Birchs in the 12th Regiment at Ballarat in December 1854. The other one is John Hill Birch.[2]