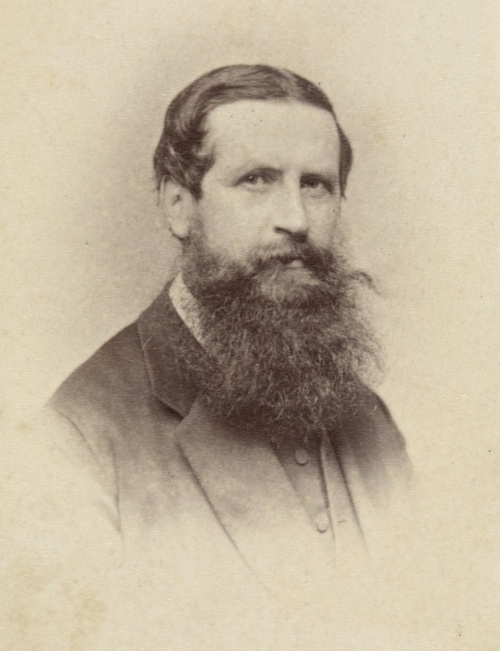 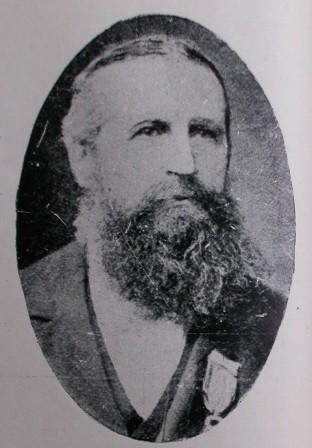 William Henry Archer was a London born statistician and public servant who arrived at Melbourne on 1 November 1852 aboard the Diadem. On 10 September 1855 Archer had married Mary Charnley, daughter of Captain Philip Pitt Nind; he had become engaged to her in England. Of their five children the only survivor was Grace, who married Philip, son of Sir Charles Gavan Duffy. [1]

Governor Charles La Trobe Archer to read the new Act which would introduce compulsory civil registration of births, deaths and marriages, and to recommend a plan for the guidance of the registrar-general, with detailed rules for local deputy-registrars. Archer stressed the importance of identical boundaries for the purposes of registration and census, highlighted Neison's criticisms of the English system, and suggested that schedules should require details of information recommended by the Registration Committee of the Council of the Statistical Society of London. LaTrobe approved these proposals and appointed Archer acting registrar-general from 1 July 1853 at a salary of £600. Archer began to arrange the administration of the Act, expecting to receive permanent headship of the department; but in January 1854 LaTrobe appointed Major Norman Campbell. Archer was appointment as assistant registrar-general without loss of salary, a gratuity of £200 from La Trobe, and a 'silver Wine Cooler' from his colleagues. [2]

After Campbell's death in January 1859, Archer was appointed registrar-general by the O'Shanassy ministry. When the Land Transfer Act of 1862 introduced the 'Torrens title' system of land registration to Victoria, its administration was given to Archer. However, his control was disputed by those who held that, without legal training, he should confine himself to the compilation of statistics. Despite Archer's disappointment and O'Shanassy's resentment at infringement of his patronage, this view prevailed and Archer lost a responsibility that he had thought to be his. In 1863 he found his position intolerable and withdrew. He studied law at the University of Melbourne, was called to the Bar in 1867, and was invited to become registrar of titles in 1868. In May 1874, after an inquiry into the Lands Department, he was promoted secretary of lands and survey.[3]

In a letter written by Father Patrick Smyth on 13 December 1854 to William Henry Archer, Fr Smyth passionately admonishes how he was not allowed to tend the sick and dying after the battle as they lay on the ground. "What do you think of this that I was not allowed to see the wounded among the soldiers tho' I applied myself to that first; again on my way to the stockade, an armed man with a pistol in his extended hand rode round me; and while on the stockade, looking after the dead and dying I was told politely indeed, to take myself away, tho' all was as quiet then as now. Would not this make a granite rock imbedded in polar ice turn to fire and much more one of my temperament and disposition who stakes his life for peace and would stake it doubly for the weal of the dying. But this feeling of anger - for I was angry - has passed away. But better times I hope are dawning. We are full of confidence in the good intentions of His Excellency. May we have the good and just things that our people look for." Father Patrick Smyth showed courage and commitment to his calling. Many of his parishioners included men from both sides.

Raffaello Carboni wrote a letter to his friend William Henry Archer on 18 October 1854.

Dear, Dear Mr. Archer, Hearing and reading the deplorable news from Ballaarat [sic], I am satisfied you feel some anxiety about me and therefore these few lines will be welcome to you.

As an eyewitness, camping within five minutes walk of the late Eureka Hotel, I intend to give you a positive account of what I did see, did hear, do know.

For the last few months the Police has been very severe in searching out for Licences under the laudable design, as it was given to understand, of ridding these Gold Fields of bad characters without Licence. 3 weeks ago the Police stopped short the German band, whilst playing the diggers’ favourite tune “Ben Bolt” – those beggarly Germans had no “Licence” and were forth with driven to the Camp. A fortnight ago a “trooper” behaved like a brute to the servant of the Catholic Priest here on the Eureka: that Servant is an invalide and utterly incapable of extricating himself if he were put among the Gravel Pit holes on the line: yet was considered worthy the ”pluck” to assault a trooper in the execution of his asking for Licences – Ridiculous! The case came before the Magistrate at the Camp, and if you wish to know how it came off, please read the affair as reported in the Balaarat times of last (Saturday) week – I have seriously to write to you on a “very different” sad affair-

It was under these very unsatisfactory feelings, prompted by many other complaints old and new, that the Diggers annoyed, enough for “Licence hunting” – hear- of a man found dead in a deep hole, - a Boy drowned, - the Bank of Victoria stopping payment, horses stolen in every direction, - almost every-night “sticking up of some store or Tent”, - and, paramount of all then on Saturday October 8 morning between one and two a man was murdered a dozen yards from the Eureka Hotel already envied enough for evil. Amongst us Diggers the story runs so as authenticated – Two “Scotchmen Diggers” met together on Friday the previous and were to connuctudine Britannerum went off a drinking for old acquaintance sake. In the above night they called at the Eureka Hotel, and seeing lights inside knocked at the door for more drink. They were refused entrance: yet persisted in violently knocking at the door and eventually broke a glass panel, and satisfied with “the fun” went on their way. God Almighty knows the truth of the rest: for us, - one deplorable thing is certain, - one of them two was knocked on the head and murdered.

At the subsequent Inquest, both the rights of humanity and Law were outraged. No, not even at the “Inquisition”, had they an Inquest there, such proceedings would be tolerated. Eventually the day after it, Bentley the Landlord of the Public House, was taken up to the Camp, the diggers waited impatiently to hear of the judicial investigation -; where by a most flagrant violation of the jurisprudence the same Land lord who had been imprisoned in the morning under a warrant for Murder, was again on the evening of same day was squattering at his Hotel to the immense astonishment of every one. I believe never was heard before that a man charged with committing murder could by the English Law get off on “bait” and hence: the subsequent disposal of the Case, which you may read in the Ballarat Times of last Saturday, exasperated the feelings of the diggers very bitterly, and the general impression was, that “bribery” had smothered the affair in all quarters.

The testimony of the women and the Boy, who had heard, and thought it was from Mrs. Bentley “that’s the way to treat these ?” at the time of the murder was not satisfactorily contradicted – and, the story of Bentley’s Butcher that he saw ? men and a woman coming up at that time from the Gravel Pit’s direction, is improbable to say the least of it: there was no robbery committed, or attempted, had it been so, the people around the tents must have heard some word or other to that effect-; the mate of the murdered man assures, they had no quarrel to settle with any one and therefore, no one was after them for vengeance. The common impression of the Diggers is this: that the Murderers came out of Bentley’s Hotel, perhaps with no other intention but to punish ? by a couple of unruly drunken Scotch, giving them a good thrashing; what after all would have been a case of Manslaughter. Two bungling unenglish way however the Investigation was conducted at the Camp, irritated every Digger and unhappily confirmed it in all minds that Bentley was the murderer. The prayer of every honest heart, is that God soon be pleased in his mercy and justice to reveal the Secret, and make known, who actually are the Criminals; - but on last Sunday the digging population after hearing and reading on all sides, appeared not to be able to come to any other conclusion, that the murder had been perpetrated by Bentley and or his people.

On Monday last it was current on all these Diggings that a meeting would be held at 12 o’clock the subsequent Tuesday before the Eureka Hotel. Myself, I did see no Placard or Notice either in Print or writing, but it appears to me that an invisible yet al efficient telegraph passed the News to the purpose from mind to mind. I was there in person – I was astonished at the immense number of people congregated, near, far far off.[5]

Another old colonist passed away last week, Mr William Henry Archer having died at Windsor at the age of 84. He filled creditably in many public positions since his arrival in the State in 1852, and was for a time Secretary of Lands.[6]