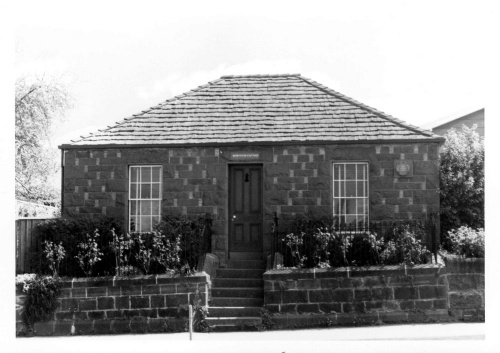 They had emigrated with their grandson James, to Australia around 1853 from Montrose Scotland. They made their way to the Ballarat goldfields. They had a daughter, Jane, born around 1827 who married George Carnegie around 1851 in Montrose, Scotland. James was the son of Jane Carnegie (Alexander).

Annie (Perrie) with her husband John Alexander was present near the Eureka Diggings]] at the time of the Eureka Stockade. [1]

John Alexander, a stonemason, with the help of his son-in-law George Carnegie, built Montrose Cottage around 1856 a fine example of one of the first masonry cottages on the goldfields. It has been classified ‘A’ by the National Trust and is included on the National Heritage Listing. Montrose Cottage was built on Eureka Street which was then used as a road to Melbourne. Annie died in 1875 aged 75 years and was buried on 9 September at Ballaarat New Cemetery (Pres A 17 14). John Died in April 1891 aged 99 years and was buried with Annie Alexander.[2]