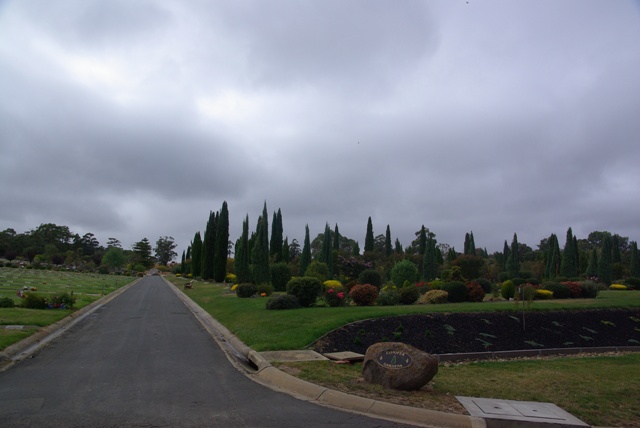 BALLAARAT NEW CEMETERY This cemetery, surveyed by Mr J. Green and gazetted on 8 February 1858, declared open on 10 June 1867, covers 127 acres. Burials started as soon as it was opened. Mr A. Fenmore, under the supervision of horticulturalist Thomas Lang laid out the grounds and carried out the plantings of exotic shrubs. Mr Rattray was appointed Sexton, being already in this position at the Old Cemetery. The Trustees held a competition for a design of a rotunda in 1891, the winning entry being submitted by architects James and Piper. Of outstanding architectural significance are the five cast iron rotundas at the New Cemetery and the one at the Old Cemetery constructed between 1891-93. The ‘Lodge’ at the entrance was constructed around 1903. Ballarat New Cemetery currently has about 70,000 interments, with on average about 400 burials per year. Much of the cemetery allows for monuments but there us also a lawn section where about 20,000 people are interred. Concrete vaults were introduced in the 1960s, and there is also a Chinese section with approximately 630 burials. Lawn graves were introduced into the New Cemetery in 1959. The Crematorium was built in 1958 and was at that stage the only crematorium outside Melbourne. Some 20,000 people have been cremated in Ballarat, and some of them have their ashes interred at the cemetery. Hand built brick drains cover 4,270 metres throughout the cemetery.[1] 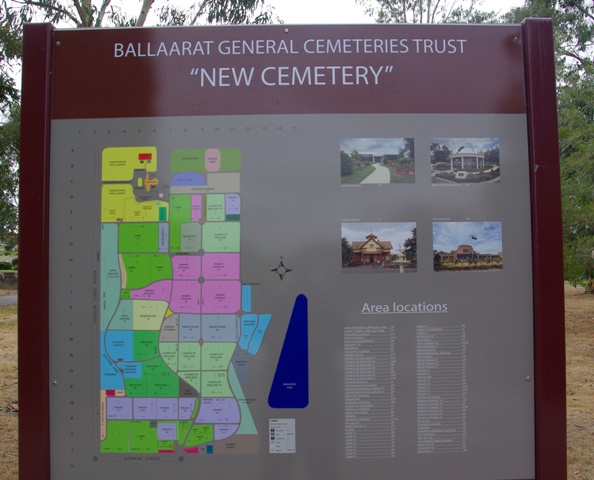