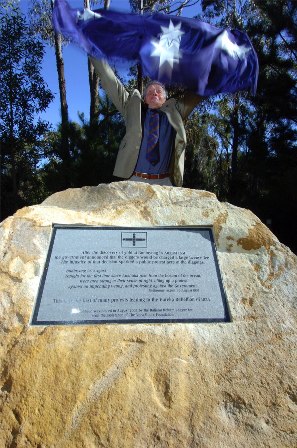 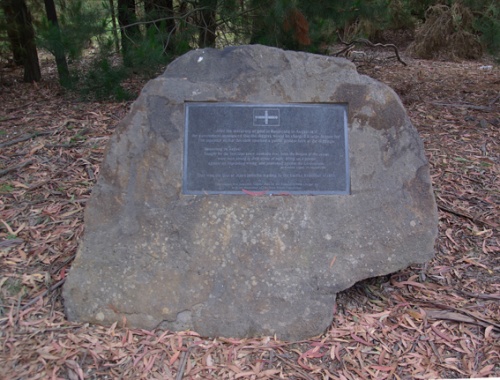 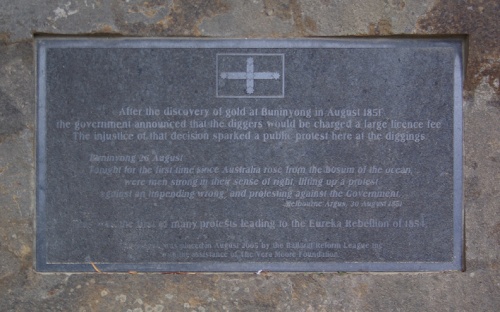 Plaque on the Ballarat Reform League Inc. Monument at Buninyong, 2012. After the discovery of gold at Buninyong in August 1851 the government announced that the diggers would be charged a large licence fee. The injustice of that decision sparked a public protest here at the diggings. 'Buninyong 26 August - Tonight for the first time since Australia rose from the bosum of the ocean, were men strong in their sense of right, lifting up a protest against an impending wrong, and protesting against the Government. (Melbourne Argus, 20 August 1851) Photograph: Clare Gervasoni

The first official discovery of gold in the new colony of Victoria was at Buninyong in early August 1851. Before the end of that month the government had decided to charge a large licence fee for the right to search for gold. When news of that decision reached the Buninyong diggings, the first protest on the Victorian goldfields was held.[1] 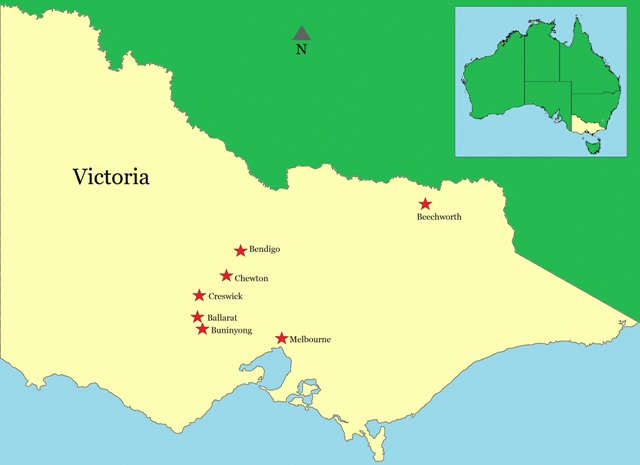 The monument to that meeting has been placed at the site where it is believed that the meeting took place, in Hiscock Gully Road, about 400 metres from the Midland Highway.[2]