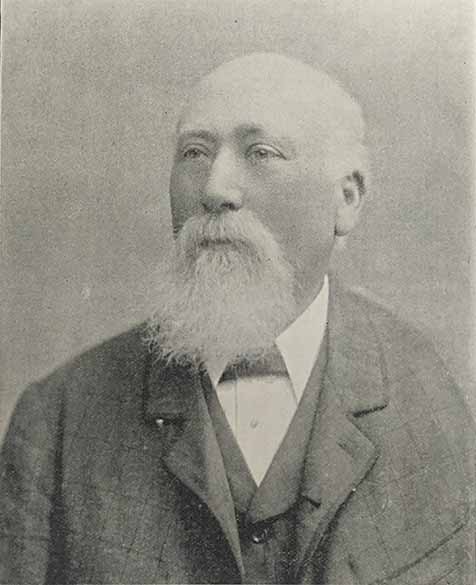 Robert Sim was born in 1825, in Manchester, England. The the son of William Sim and Elizabeth (née Miller), he was baptised on 5 June 1825 at Manchester Cathedral.

He established timber yards and saw mills in Humffray Street, now Bakery Hill, in 1854. His son Charles Robert was born in Ballarat in 1861 and took over the running of the timber yard after the death of his father.

The timber yard established by Robert Sim is still in existence (2016).

Robert Sim, a well-known timber merchant, of Ballarat East, died to-day, aged 72 vears. He was a pioneer of the district and was prominently associated with the Presbyterian Church.[1]

Mr Robert Sim, a a well known timber merchant, who has been in business at Ballarat for over 40 years, died on Monday, after a brief illness The deceased, who was 72 years of age, was formerly a member of the firm of Sim Bros, of the Bakery Hill sawmills.[2]